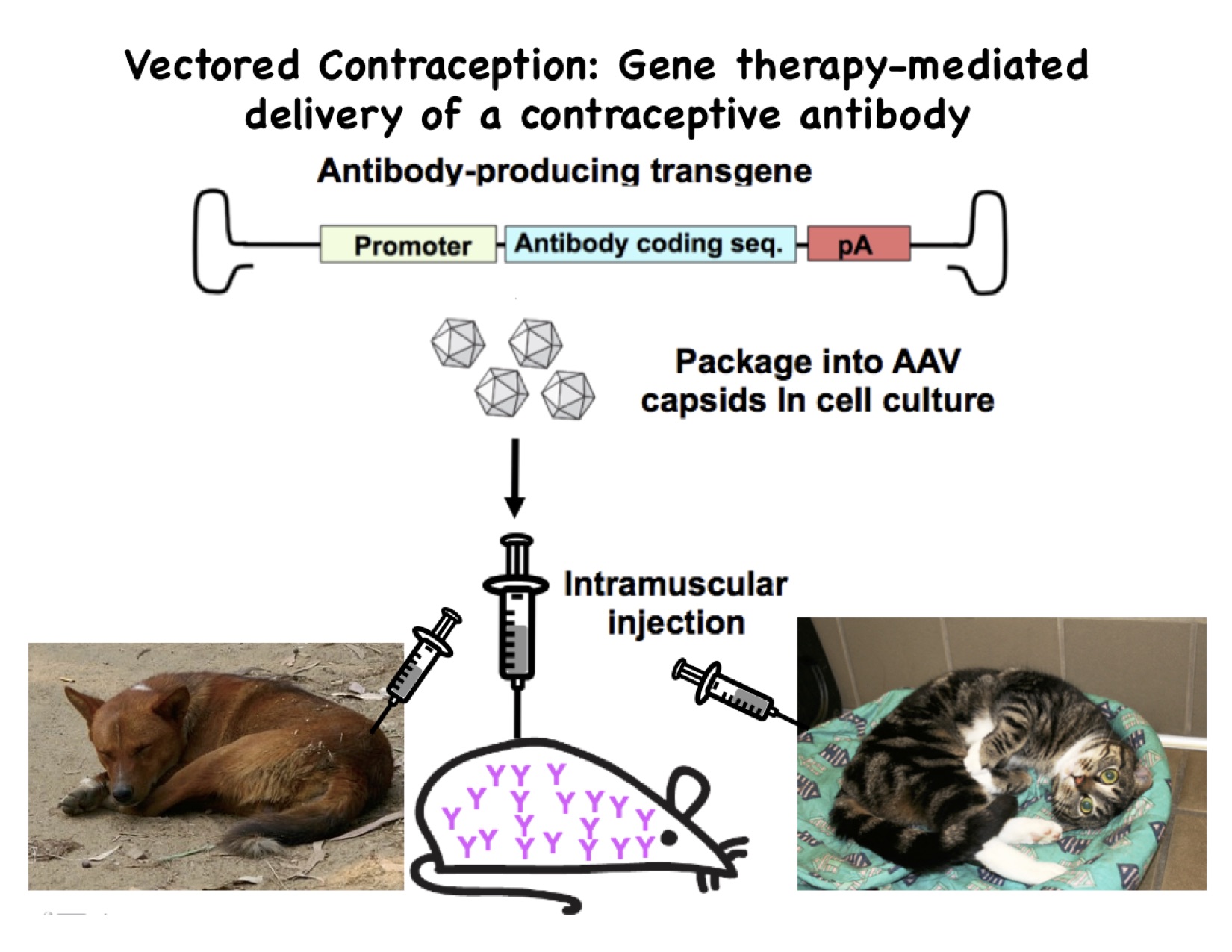 We are working to develop single shot, lifetime (but reversible) contraceptives for a variety of mammalian species. In brief, there remains a need for very long-term or permanent, non-surgical methods of male and female contraception for humans that can be implemented in resource-poor settings in which access to health care may be sporadic. There is also a desire for non-lethal, humane, methods of population control for captive and free roaming animals. We have developed a technology, vectored contraception (VC), which can contribute to these goals. In VC an intramuscular injection is used to bring about transgene-mediated expression of a monoclonal antibody or other protein able to inhibit fertility through action on a specific target. In proof-of-principal experiments published several years ago we showed that a single intramuscular injection of a replication defective, recombinant adeno-associated virus (rAAV) designed to express an antibody that binds gonadotropin releasing hormone (GnRH), a master regulator of reproduction in all vertebrates, results in long-term infertility in male and female mice. Female mice are also rendered infertile through rAAV-dependent expression of an antibody that binds the mouse zona pellucida (ZP), a glycoprotein matrix that surrounds the egg and serves as a critical sperm-binding site. Many proteins known or suspected to be important for reproduction can be targeted using VC, providing a new class of strategies for bringing about long-term inhibition of fertility in many species. We are working to implement several of these, along with strategies for bringing about reversal on demand.