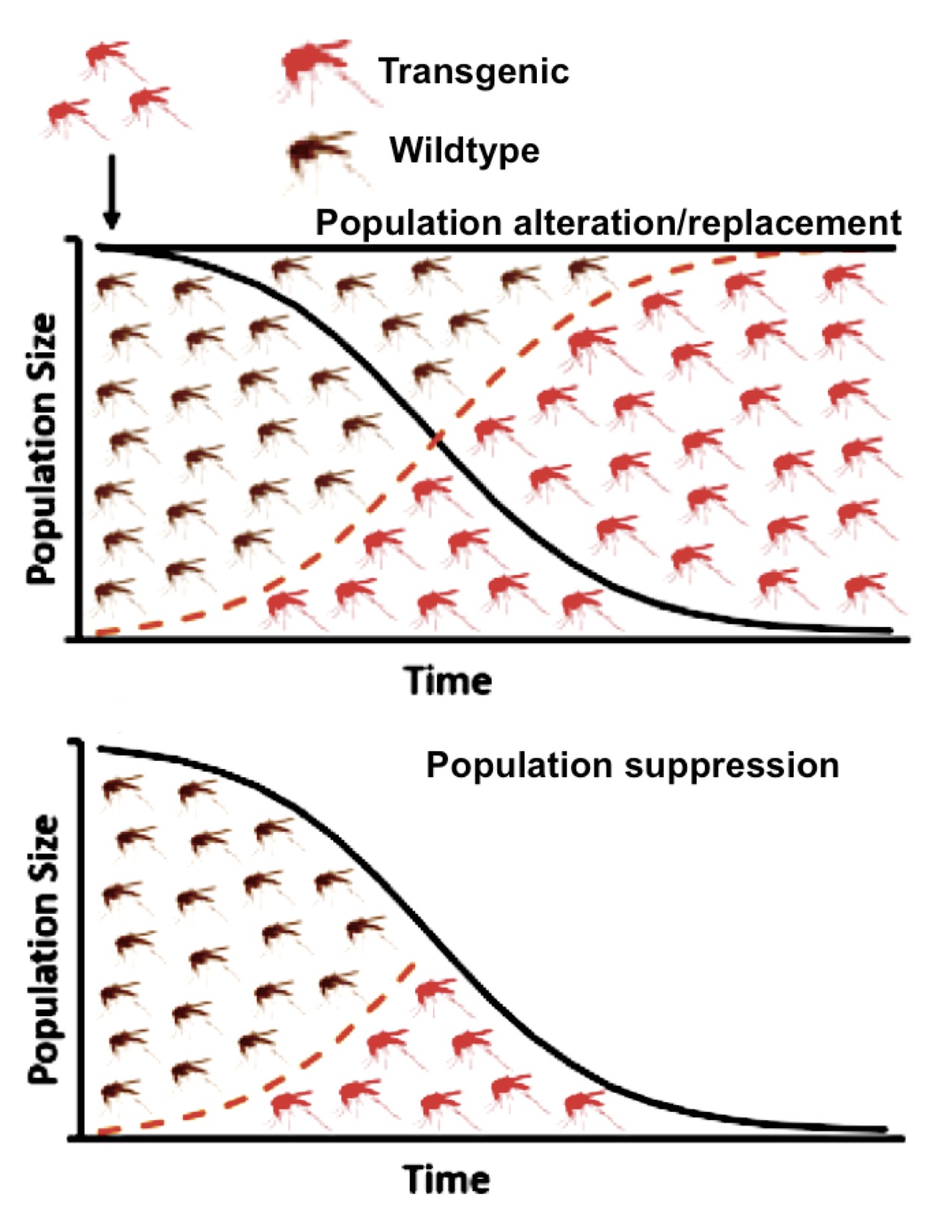 Another set of projects address three questions in applied evolutionary population biology. 1) Can we bring about reproductive isolation (speciation) between populations of plants or animals that otherwise freely interbreed? Answers to this question have application to the growing number of situations in which plants and animals are engineered to show specific pharmaceutical or agricultural traits. In brief, we would like to be able to limit gene flow between engineered organisms and their wild counterparts. 2) Can we engineer the genetics of populations so that they drive themselves to local extinction? For example, invasive non-native plants and animals cause substantial economic losses and sometimes function as vectors of disease. A number also cause substantial environmental damage, leading in many cases to extensive range reduction and/or extinction of unique, endemic species. Our goal is to develop genetic tricks that drive local extinction of invasive species and disease vectors. 3) Can we drive genes into wild populations (population replacement) such that all individuals express a trait of interest? With regard to this last aim, we are also interested in developing transgenic mosquitoes that lack the ability to transmit pathogens such as malaria, dengue fever and chikungunya. We are also working with the citrus industry to develop population replacement-based strategies to prevent the citrus psyllid, an invasive insect, from transmitting Candidatus Liberobacter, the causative agent of the citrus disease HLB.